If you love Sriracha, you’d better stock up on it while it is still hot.

Huy Fong Foods, the maker of this extra hot sauce, is facing trouble from residents in Irwindale, California, where the company has a factory. Due to complaints of an overpowering smell that causes itchy, burning eyes, dry throats, and headaches, the city has filed an official complaint against the company.

On Monday, Irwindale brought the complaint to the Los Angeles County Superior Court to ask that the company halt production of the product until they address and fix the problem of the smell, which has caused some residents to temporarily leave their homes.

The city allegedly met with the company earlier in the month to ask them to fix the problem and Huy Fong Foods said they would work on it. Months later, the smell is still causing problems and the company is suddenly changing their point of view on the matter. Now, they are not taking responsibility and insist that even their employees have no issues with the smell.

Since Sriracha is made from fresh chilies that need to be used just a few days after picking, any shutdown of production could be catastrophic for the company. Out of about 100 million pounds of chilies that they use each year, Huy Fong Foods harvests almost all of them during the fall. Which basically means that halting production right now could affect their supply for the whole year.

Frank Shyong, reporter for the Los Angeles Times tweeted today that a judge ruled the company can continue making Sriracha until November 22, which should give them enough leverage to maintain plenty of chilies for next year’s supply of hot sauce. There is no telling how long the company can continue to anger neighbors before they will be forced to take action, however.

The judge’s ruling should at least temporarily placate the hot sauce’s many loyal fans, who also took to Twitter to express their outrage at a potential shutdown. Apparently, American people are serious about their right to health, happiness, and hot sauce. 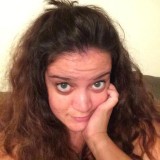 Beth DeMilt is a News Editor for the Blast Network

One reply on “Sriracha Factory Under Fire from City of Irwindale, California”

Sriracha Factory Under Fire from City of Irwindale, California http://t.co/BBoKMvl8XL